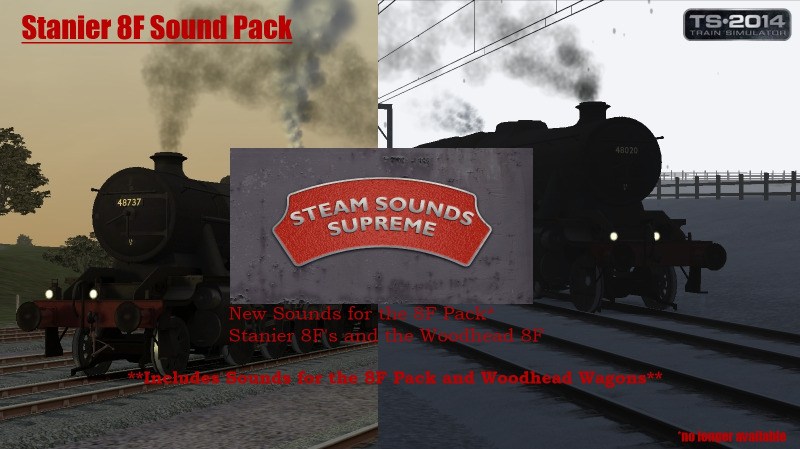 We present the Stanier 8F sound pack, adding all those sounds you should hear from the original locomotive models. Also, as a free bonus, the CJB steam effects are made available on the RSC 8F Pack 8F's, as well as the Woodhead example. also include our custom sounds for the wagons associated with the 8F's.

If you're interested in a full 'Enhancement Pack' for the Woodhead 8F's, containing many new liveries, please click here.