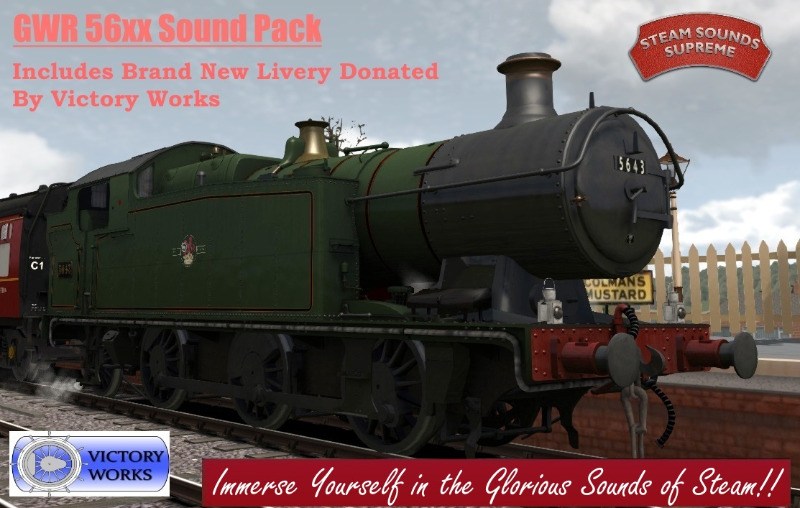 In association with Victory Works, the GWR 56xx Sound Pack with a complete set of new, immersive sounds and a new repaint by Pete Gilliam.

To get a good impression of what the sounds are like, here's a video:

PLEASE NOTE: You MUST have the 56xx Addon from Steam in order to use this addon