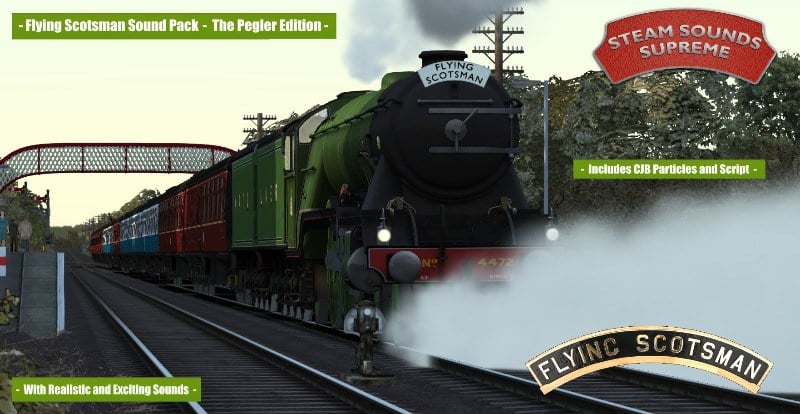 Bring the worlds most famous steam locomotive to life with our full and incredibly realistic set of sounds for Flying Scotsman*, as it was back in the 1960's, owned by the late Alan Pegler, running with the double tender. We're pleased to tell you that the pack also features the work of Chris Barnes and his fantastic steam and smoke particle effects.

*The double-chimney versions have been updated in a seperate pack

PLEASE NOTE: You MUST have the Flying Scotsman DLC from Steam in order to use this addon