EIGHTY-THREE 2884 class heavy freight locomotives were built by the Great Western Railway between 1938 and 1941. They were a Collett development of the successful Churchward 2800 class, developed early in the 20th century. The most obvious visual difference is the slightly more crew-friendly cab. They were a very popular design, and we'll soon be bringing this fine locomotive class to Train Simulator. 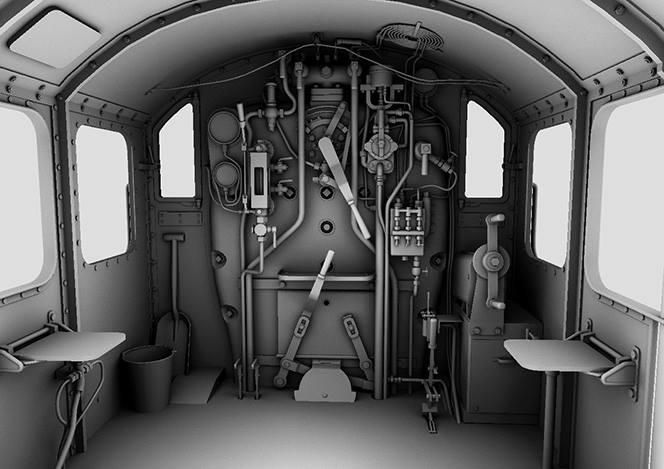 Here is the the Collett cab in progress for the 2884 loco. It's initial use is for Digital Traction's Collett Goods loco, but minor modifications will make it ready for the 2884 class. One of the main differences will be the reverser. The 2884 still used the lever-type reverser, much like the 2800 class, as opposed to the winding type seen in this image.